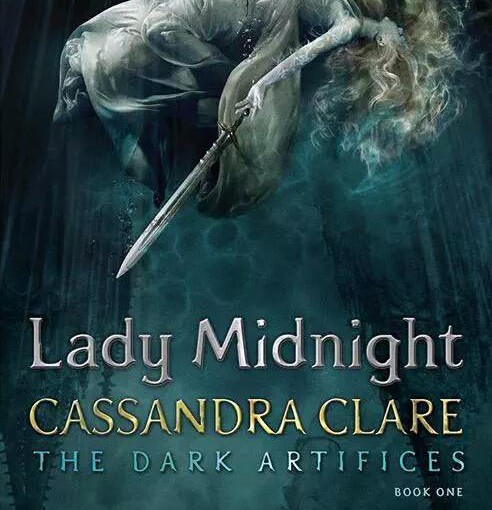 After the second reading, I can finally write a review…

Yes, it took me a whole year to write a review of Lady Midnight. A few days ago, I finished the second reading of the book to prepare for the release of the second book of the trilogy, and I’m glad that I did it.

Although it is the first book of a new series, “Lady Midnight” definitely requires you to read the other books of the world of Shadowhunters. Here we get acquainted in detail with Emma and Julian, whom we met in “City of Heavenly Fire”, and we learn about the fate of Mark, who is kidnapped in the lands of the fairies. Besides, we are acquainted with the whole family of Blackthorn, who are so different, but so equal and we just can’t not love them.

Here the story follows the mystery of the murder of Emma’s parents. During all the 5 years she has collected evidence and finally seems to be on the right track. Replenished with desire for revenge, she and the whole family of Blackthorn begin to investigate secretly from the Clave, and the story becomes even more interesting when an unexpected assistant is included in the story.

I can not keep myself from writing some things that drew my attention, so whoever did not read – just miss the next part. SPOILERS ARE COMING!!!

The end of “City of Heavenly Fire” implied that we would see more from Mark, so I was not surprised when he appeared to “help” the investigation, which naturally confirmed that Sebastian wasn’t responsible for the death of Emma’s parents. And I was so shocked that it was actually Malcolm. All the time he told them why he was there and that they shouldn’t believe him, but of course I didn’t know it until the second reading, when I knew who was actually the killer.

I liked how Cassandra Clare entwine everyone in a strange circle of love, understanding and not only this. The (im)possible love between Mark and Christina, Emma and Julian – has brought us to an interesting circle, especially by adding Diego, which I definitely didn’t like.

Let’s talk about Emma:
Emma is a badass heroine that is expected to be the second Jace Herondale. A mourning of workouts and battles, she definitely knows how to beat every man, a demon, and even a Shadowhunter. Unlike Clary, I liked Emma, though she was doing foolish things at some moments, and I suffered with her at the end when she had to make the difficult decision to make Julian not love her.

Let’s talk about Julian:
Opposite of Emma, Julian is portrayed as the quieter character, which is, however, the biggest lie. Yes, he is nice and caring, careful and also adore his family. And of course he’s secretly in love with Emma his whole life. And he is, as I wrote, the biggest liar.

Let’s talk about Emma and Julian:
Let’s do everything that is forbidden? The law doesn’t allow the romantic love between parabatai, which naturally doesn’t prevent Emma and Julian from falling in love with one another. It was funny how in this story this was Julian’s first relationship, and Emma had some experience. Usually, boys have more experience than the girls. All the time, it was clear to me that there was no way of them not going for each other, and the scene in the beach didn’t surprise me, for I was expecting something like that, and I was enjoying all the sweet moments between them. But of course, Emma had to break it all out because of the notorious “curse” I suspect we’ll find out more about in the second or third book.

Let’s talk about Mark and Christina:
I like these characters separately and I would be very glad if they had developed a relationship at the end of the book. But no, Diego appeared, and my whole idea went to hell, and Kieran didn’t really help in this direction. I like the development of both of them and I am very happy that they are also present in the second book.

Let’s talk about the rest of Blackthorn family:
We don’t really see much of them, but there’s whole 2 book to fill this gap. I think I mostly like Ty, and little Tavvy was awesome with his iconic appearance in unraveling the “great” mystery. Dru and Livvy are pretty good characters we’ll see more about them too.

And finally:
Good narrative, funny moments, interesting characters and tangled stories. Cassandra Clare knows how to make fans of Shadowhunters stand on the edge and wonder what’s next. The book goes slowly, but we understand a lot of the characters’ thoughts and feelings, which can only be a plus, though some people say it is just to fill the pages.

I liked the book and while reading the second one I found the meaning of lots of things that are only hinted in “Lady Midnight”! And I encourage you to read it too!