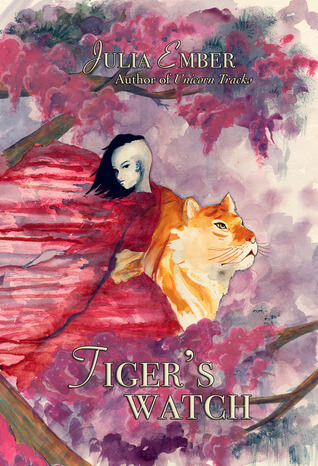 ARC provided by the publisher via NetGalley in exchange for an honest review.

I so much wanted it to be good.

I so much liked the description of this book, so when I was approved to receive an ARC of it, I was happy. But it took me 17 days to read a book with 180 pages. Yes, I really wanted it to be good, but it wasn’t.

I liked the idea of bonding with animal and I had never read a book with gender fluid protagonist, so I really wanted to know more. Apart of that, I’m huge fantasy fan and the whole premise of bonding animals and fight in a war and spying and everything else sounded perfect. But after I read 20% of the book everything started to feel flat and not okay.

In my opinion, the world building was not enough – lots of things wasn’t explained – I wanted to know more about Thim, how it was founded and at least a small portion of the story of all inhabitors. Instead, we see only the insecurities of the main character. All of his decisions was based on their own feelings and they were selfish and childish most of the time.

As the main character is said to be gender fluid, I also wanted to see more about that. I can’t really know if the representation was done well, but I didn’t felt it. It was great that in this world they were accepted and appreciated. But… I didn’t get why Tashi consider some other people and also talk about them as “they”, when there is not even a clue about said people’s sexuality. Is this a common thing? I understand that it’s not compulsory to explain that and yes there had a few lines in the beginning, but they wasn’t enough and I think this would only add to the story if it was included.

Let me talk about the romance and the love triangle. Yes, I didn’t liked it. It felt unreal, all of it. I wasn’t convinced even 1% that Tashi have feelings for both of them, it felt like lust and call for acceptance.

The only believable character in here was Pharo and I really liked him. Also, Katala was very interesting and I wanted to see more from her point of view. I pushed myself to finish the story only because this 2 characters. And as I’m talking about characters – Xian also wasn’t portrayed well – I wish to know more about him, so I can understand his decisions and desires. That “thing” in him, which was calling for the <spoiler>pendant</end of spoiler> – I wanted to explore it and understand it. And I hope it will be explained in the next book.

Overall, this book wasn’t bad, but it wasn’t good too. I was very hesitant about the rating and I give it 3 or even 2.5 stars and the only way to continue with the series would be the change of the main POV character.

One thought on “Julia Ember – The Tiger’s Watch”